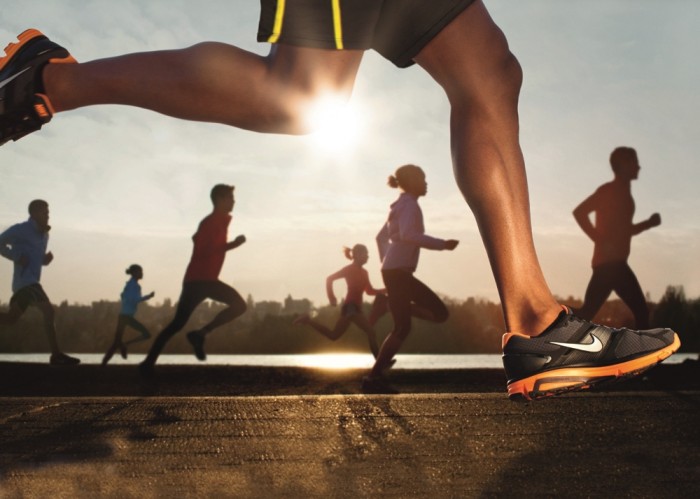 For years, I had been a diehard fan of GroupX Classes at 24hr Fitness gym, especially to the Les Mills format.Even now I pop in for a class every now and then. But Ever since I picked up running, and got in to a routine of running with my groups, I have realized, as good as GroupX classes had been to my personal fitness,I genuinely enjoy running a lot better, and with lot of reasons. The top 6 of them are here. These are not to say “don’t do GroupX classes”, but rather to explain where the GroupX Classes didn’t work for me , and how you could avoid the bad experience and still enjoy GroupX classes.

#1 – There is always enough space for everyone to run

GroupX classes are fun. I get bored if there is no one in the class, but I also find it difficult , if there are too many people. The entire time I had been taking GroupX classes, it had been a constant struggle to find my inner peace when I plan around a GroupX class. I can’t tell if I am going to secure my spot today or not! I have had to go find something else to do, several times, when the class got full at South Coast and Tustin Market Place. It’s just the logistics, but it sure ruins ones day! On the contrary, we always seem to have space for every to run! The more people come to run, the better it gets, and I finally have found my inner peace.

Personal Tip: Don’t give up on GroupX classes, but don’t make the high crowded classes your regular thing. Substitute with Running instead. Or Swim or Bike!

My good friend Linda and I used to go to the Tustin Market Place 24 hour fitness, and we have always had this random weirdo guy take up so much space next Linda and make her workout a living nightmare. Even with tons of space to be had,  he once took up the space she was in to do his lunges, pushing her to the side. It was horrendous to look at, and out of social politeness we didn’t make it a big deal, but just the sight of that man ruined our classes since then. I have been running since April, and I have hardly ever seen a weirdo at the trails and races. Just the fact that each one of the runner is pushing themselves on their own will to move forward, don’t give them that much chance to be weird or mean to the next person.

Personal Tip: I don’t have any tip for this.  The ideas I have to tackle this situation is not legal yet.

#3 – Convenient hours and schedule with Running

Lot of GroupX classes, the good ones at least, start at 5:30pm, which means, I usually had to rush out of my work right at 5. With the already mentioned space issues, makes the rushing part even more worst. Not every class is at a convenient location, so trying to get to South Coast Plaza 24 or Tustin Market Place 24 on a weekday evening is a nightmarish. When I frequented the classes, somehow I got lucky with the friends I have made that used to help me with setting up the stations and such, but in general, I honestly didn’t like having to rush through to get to a class! I feel like with running, I have gained my control over my schedule back. Most of the group Runs I do, are at 6:15pm, which are super convenient for me. But honestly I could run anytime I want, so its as convenient as it gets!

Personal Tip: I never used to have plan B if a class got full or I couldnt make it on time to a class.  Try to find and remember the running trails close by, and substitute the class hour  for running, instead of going back home if the class got full. Lot of gyms do have swimming pool, so if Swimming is your thing, plan around that. You can always use treadmill, but I do not like treadmill running.

#4 -Strava Update after a Run is more joyful

I like checking my Garmin after a run to see how my run went and, and to know how my pace has improved to track how well I am doing with my run. It is a workout, and a pure cardio, but at the end of the day my measurement of progress is the miles and speed. To see the Strava Update after a run and to compare my time with my fellow runners time is such a pure joy! The entire time I have done GroupX classes, I have focused on fitness to the most part, and once I thought I was fit enough, my focus moved to maintaining being fit. Somehow, GroupX classes ended up being a Detox/Retox/Calorie balancer and a vicious loop of workout and weigh machine.  For the first time in my life, I feel like I have a fitness goal, that also translates to performance and endurance that is measurable. The way I felt last time when I ran a 6mile at 7:59 pace, – I never felt that happiness the entire time I have done GrouX classes.

Personal Tip: Use GroupX classes for fitness, but mix it up and pursue endurance sports. Don’t do it like the way I did, just GroupX classes all the time – its boring.

#5 – Run with runners not instructors

I have possibly had about 5 good instructors the entire time I have done GroupX classes. I would go back and forth between their classes. On the days a substitute instructor came, was the day I had zero workout. It’s mostly me and my problem, but lot of average people are like me. I have seen a friend of mine walk out as soon as a new instructor broke into jumps for a core/cardio class, coz we were expecting a different instructor. I once left a class, when the instructor kind of started to use a ‘phantom’ bar for BodyPump. At UCI gym I had a GRIT instructor that used ‘air weight’ and  “motivated us”. It’s a hard balance to be a good instructor, and a good authentic one that inspire people and to motivate them. But with the way the certification programmes for GroupX work, almost every one is an instructor these days,  and to find the good one is pretty hard. I am so thankful for the good instructors I have had, but I do enjoy the freedom of my own runs. I seek people’s help to better my pace, but there is a joy in seeking the knowledge, than being given.

Personal Tip: If you do classes, do your home work at home, online, and understand the class, and use the instructor as tool. Don’t heavily rely on the instructor and get disappointed like I did, if they are not good. Ask friends for recommendation on best instructors. Drop me a message, and I will name the best ones, and the worst.

If you wanted to run, you go run. No one really cancels a run, (unless you are in a storm). I got a lot more into running, when the GroupX managers in OC, started to cancelling some of the good classes, with better instructors, and replaced them with ‘wanna be’ “trendy” classes with mediocre instructors. Number one, it messed up my schedule, and number 2, I realized, I let myself invested in a programme for my fitness routine, that I had no control over. It was a wake up call for me to be the owner of my own fitness, instead of relying on someone else’s plan.

I am immensely thankful to the GroupX class format and the instructors, because it’s a blessing to average people like me to get fit. However, I just wish I had incorporated running other endurance sports early on, and be cognizant of the traits with GroupX classes. I wouldn’t have gotten disappointed, when the Group X classes didn’t work for me. Also, if you are someone who solely doing GroupX classes, incorporate other endurance sports – go swim, or run, or bike. Sign up for a Race. That weigh machine will get boring at some point, and we would want some real performance numbers to show for!