A year of Running – One mile at a time! 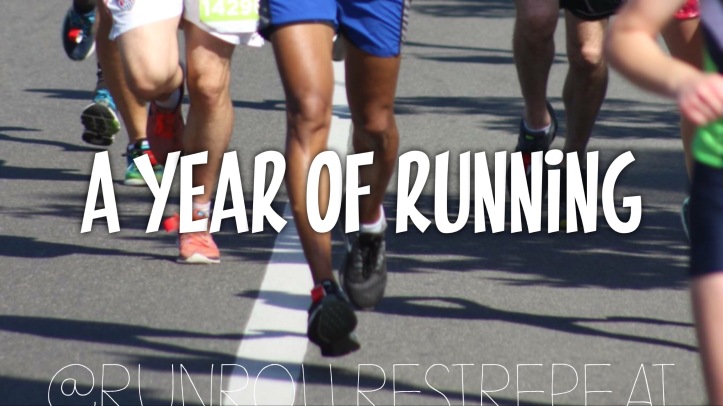 Simi Singer ran a 25.8 mile Marathon at Boston. It was the 2013 Boston Marathon, where she had to stop and get off the course as she passed the 25.8 mile – when the bombing happened. She went back and ran the full 26.2 in the following year! I don’t believe in coincidences, but back in April 2016, I randomly met her at at a wine bar by Mission Viejo Lake as she was talking  about her time in Boston Marathon with her friend. I had done about two 5Ks at that time – Carlsbad 5000 and La Jolla 5K. The idea of a 26.2 mile marathon and the idea of her Boston Qualifying time – fascinated me to ask her how she did it – not that I wanted to take up running or wanted to try marathon but just out of curiosity. Simi gave me the zen like answer to my  very complex question- “Its not that hard. You run a 5K, and do a 10K and go for a half marathon. When you feel up to it, go do a marathon”. When I asked her how she trained herself to run marathons, she said she found a running group that she ran with and that helped her get the time she aimed for. That little conversation we had as complete strangers over a bottle of wine and pizza, set me off to my quest to run. I felt like I got the blue print to my goal, and I just needed to figure out rest of the details.

Fast forward a year, Carlsbad 5000 this weekend, marked one year of my running. I, in my own way have come a long way since last April.  Taking up Simi’s advise, I did join Snail’s Pace running group around July 2016.  And later started running with South Coast Road Runners and Endurance House Group Run.  Running with seasoned runners who have logged more hours and miles has helped me gain perspective around training and pacing.  Over the course of last 12 months, I have run several 5ks, a 10k and about 13 half marathons totaling about 29 races now with little over 220 race miles!   I saw my 5k PR go from 7:58 min/mile to 6:56 min/mile. Half Marathon PR go from 1:56 to 1:37. Marc Owen in our running group always told me to focus on my miles and training and assured me the speed will come on its own! I ran my first ever sub 8min 5 mile runs when he offered to pace me during our SCRR and Snail’s pace run! I have met so many people like Marc this last year! Real athletes that are constantly working to fine tune their running to perform better and in doing so enriching every aspect of their life! During my training runs I share the course with 20 year olds and 40 year olds and 60 year olds. Some  in the front, some in the middle and some in the back. Not because of our age, but because of our training! Running is the greatest equalizer in my opinion no matter what your age is, if you put the time and training, you get ahead!

The reason I like running so much is because its very personal and it has allowed me a chance to be a learner again. Trying to fine tune the running mechanics, and breathing, and how I stride – basic things I have done for about 40 years – and an opportunity to learn to do the same things but to enhance running – excites me! I have always had a very unhealthy relationship with food and weight. But for the first time in my life, I am seeking out right food and habits to fuel and optimize my running performance. Its a whole new way of eating and going on about day to day life that I have never experienced before! The most I can resonate with is George Sheehan’s thoughts on running  ( https://youtu.be/w78uXXVsO4Y ) – Running allows us to go back to our body, instead of all the extra identities we build around us.

When my constant chat about running bothered my non-running friends around me, I started This blog RunRollRestRepeat.com  in August, as  a way not to burden them, but also to write about my running and training so I can look back at it in the future. This sad diary as I called it, went from having 3 readers ( that were my friends Lauren, James and Michelle – who I would text the link and demanded that they read!), to little over 500 readers, hitting close to  a 5000th view soon!

Every mile I got to run and every person I got to meet on the course and got to know this year has been a blessing! I don’t think running has changed me as a person, but Running has helped emphasize and realize what is important and significant, and to become a better version of myself! When training to run a 13 or 26 mile, one can’t afford to be anything but the best of themselves! And that is what I am working on – one mile at a time! Happy first year of Running to me!